(Following a friend's example, in honor of my 30th birthday I have decided to post 30 things I have accomplished in my life in 30 years.  So for the remaining 19 days leading up to my birthday watch for a new post each day celebrating these 30 things.)

Not as much an accomplishment this one, as it didn't take a lot of WORK, but definitely a "bucket list," item.  In my 30 years, I not only have had the privilege to GO to Mardi Gras, but I also had the privilege of riding IN a Mardi Gras parade and I live on the parade route for the BR St. Patty's Day Parade - which let's be honest, in Southern Louisiana if we have a parade, it's going to be a Mardi Gras parade! :D

I lived in KY for nearly 4 years and never made it to anything related to the Kentucky Derby, not so much as a Derby watch party, so when I moved to Louisiana I made it my mission to experience as much of Southern Louisiana culture as I could as soon as possible.  Now this has certainly included much much more than Mardi Gras - but Mardi Gras has been a big part of it!


When you're not from here it is easy to assume that Mardi Gras is just drunken debauchery that takes place a few days a year ON or right before "Fat Tuesday," mainly on Bourbon Street.  However, that is the furthest thing from the truth.  Mardi Gras is a family event, something for everyone - yes including the fools on Bourbon Street, but it also includes family fun parades that are fairly subdued if you don't count the totally sober parent-types shouting "throw me somethin' mista!"  There are marching bands, dance troupes, INCREDIBLE floats, bag-pipes, military men and women marching, Kings and Queens, coconuts, shoes, dubloons, and of course BEADS for everyone.  Mardi Gras brings in the whole family, from babies to grandpas and lasts from January 6 until Mardi Gras (which changes each year).  If you haven't experienced SOME form of Mardi Gras - it should definitely be on your bucket list! 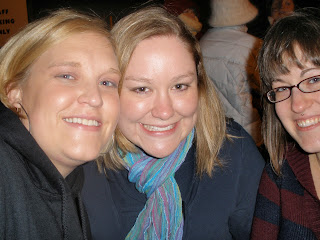 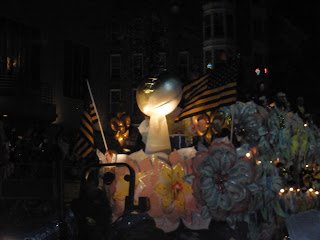 The Saints float the year they won the Super Bowl! 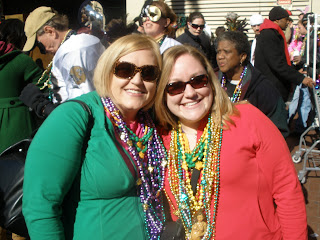 Me and Cheryl on Mardi Gras on Canal 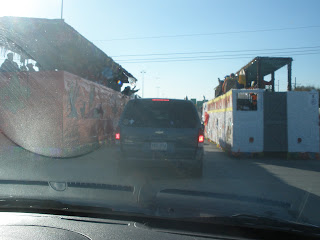 Mardi Gras floats driving down the highway throwing stuff at one another - yes the highway. 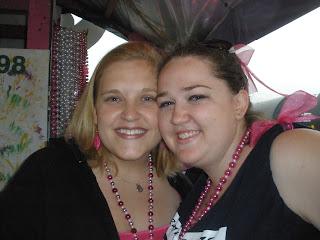 Me and Meghan gearing up for riding in our first Mardi Gras parade. 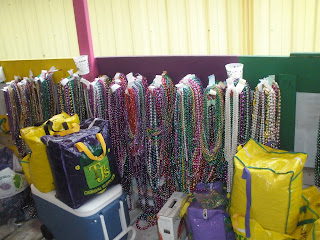 All the loot inside - and that's just a small portion of all the beads and throws! 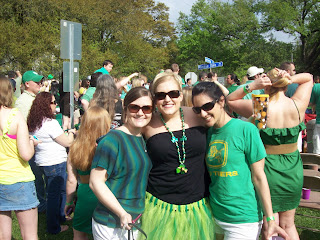 Me, Amanda and Hollie at St. Patty's Day! 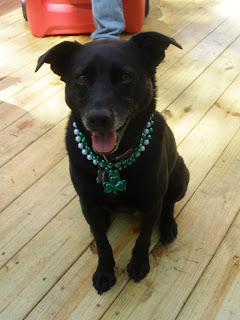 Even Sally loves living on the parade route and has to get her beads too!
Posted by Unknown at 12:08 AM