Following a friend's example, (thanks Emily!) in honor of my 30th birthday (on May 26) I have decided to post 30 things I have accomplished in my life in my 30 years.  So for the next 30 days, leading up to my birthday watch for a new post each day celebrating these 30 things.  SO many of us have a "bucket list," and sometimes we might not get to  all of those things in as "timely" a manner as we would like.  It's easy to get bogged down by those wishes and wants that have not yet been achieved.  However, rather than dwelling on what I haven't accomplished, I'm going to celebrate the things I HAVE accomplished.  Some of them might be things I've done all on my own - while others I was just incredibly lucky to have experienced, and still others are not necessarily accomplishments, rather things that have greatly influenced who I am today.  Either way, I hope you enjoy traveling down memory lane with me. :D

Well, considering where I live, and my family, NO ONE should be surprised that the first thing on my list has to do with sports.

I am incredibly thankful for all the sporting events I have attended in my life and special ones that have been such a blast!  Some of you may not know that I originally went to college to work in Sports Marketing and minored in Spanish in hopes of working in baseball. (Ha! God sure had different plans!)  So, needless to say, I LOVE LOVE LOVE sports.

It probably started with attending my first baseball game, my brother's, at just 6 weeks old.  Later on in his baseball career I would also become the very first baseball cheerleader - yes they have those when you are 5 years old - and also at one point get hit in the head with a bat (full on swing) by a player ready to step onto the field.  Somehow that didn't keep me down :D

In my 30 years I have had the privilege of attending MIZZOU TIGER football, basketball and baseball games (Go Tigers!), I was even in the Zou Crew - the crazy student section for MU basketball and on the Student Athletic Board that gets to drive the helmet at football games....cough, cough, kU football, baseball and basketball games, (inside Phog Allen Field House!), Kentucky football and basketball games (Rupp Arena!), LSU football, basketball and baseball games, KC Royals Games, KC Chiefs Games, St. Louis Cardinals games at Busch Stadium and most recently the Final Four (Go CATS!) in New Orleans.  I've also attended MANY MANY MANY Lexington Legends games, been in the Super Dome - sadly not during a game, been on a tour of Churchill Downs, and taken a picture of the Green Giant and Yankee Stadium :)  I've watched LIVE the New Zealand All-Blacks Rugby team and the New Zealand Black Caps Cricket Team along with the Wellington Hurricanes Rugby team.  And just for some extra flavor I was in NOLA when LSU defeated...err.... played....errr.... something... against Alabama for the National Title in 2012 and living in Southern Louisiana when the Saints finally won the Super Bowl!  Whew!  Man I love sports... and most of all I'm SO SO SO thankful I've been able to share all these experiences with fantastic people! 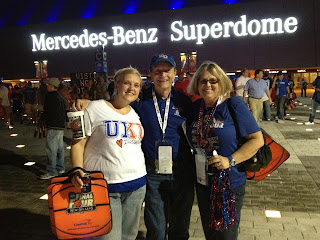 Me, dad and mom at the Final Four in NOLA - at this point I was still cheering for both to make it to the Final Game :) 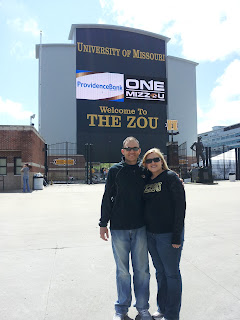 Me and my brother at Faurot Field on Spring Game 2012 - Unveiling of the New Uniforms! 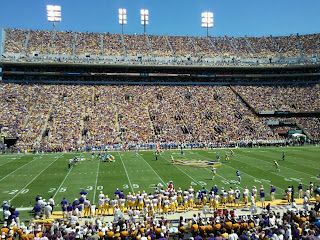 There's nothin' like Death Valley on a fall Saturday... 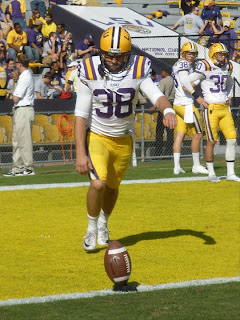 I also got to go on the field in Death Valley before the game!  Me and Les, we became friends. (Thanks Pam!) 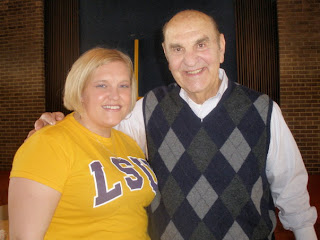 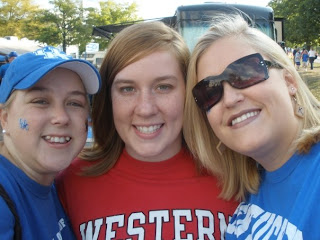 Tailgating with Tina and Emily before the UK-WKU football game 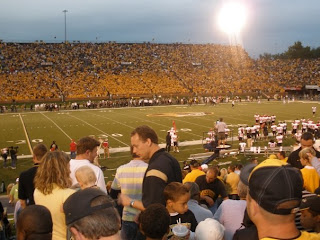 I spent MANY-A-SATURDAY NIGHT at Faurot Field in college - Thanks mom and dad for an awesome  experience! (And to Chad for always allowing me to share a ticket when I get the chance to come home as an alumni!) 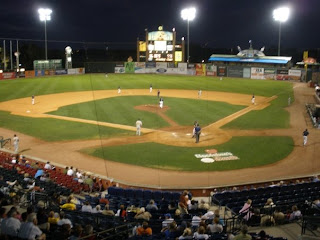 The view from the Owner's Suite at the Lexington Legends.  Big stuff in a small town :) - Thanks AG and Harris! 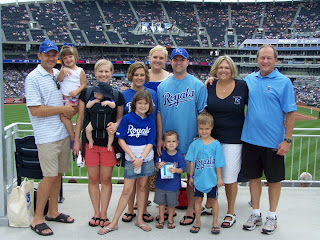 The family at the Royals Game on Mom and Dad's 40th Anniversary.